Why spend money on diet programs like Nutrisystem, Weight Watchers or Jenny Craig, when you can do pretty much all that they offer yourself and far cheaper?

Those weight loss programs, while they do offer some measure of success in losing weight, remember that they're in the diet business to make money.

Think about it, diet programs like Nutrisystem, Weight Watchers, etc., are about adding something to your diet.  They want you to include them in your daily regimen and that means spending money with them.

You don't need to do that to lose weight.

A good weight loss plan is about the elimination of some foods, not the addition of them.  Y0u shouldn't have to spend extra money to lose weight.

Don't buy a bunch of overpriced meals, eliminate a few things from your regular grocery list instead.   Scratch off the egg waffles and syrup from your list.  Don't purchase a bunch of protein bars you wouldn't normally buy, pick up an extra carton of eggs instead.   Don't take money out of your wallet/purse to buy any of those diet shakes that really don't hold you between meals, pick up some lunch meat instead. 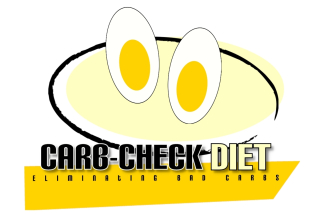 Lunch meat: Always have some on hand for a go-to snack

So, the stomach is whining between meals, what do you do?

Reach for the pork rinds?  Nah, not in the mood for crunchy.

Slice up some cheese, or dish out some olives perhaps?  Nope, feeling a bit lazy today, need something 'to go' quick....

I always have some on hand.  It's an easy grab, especially if you're on your way out the door or need to get back to the computer/desk.

Turkey is my favorite lunch meat to snack on.  Six slices gives you about 10 grams of protein to hold you until dinner and depending on the variety of turkey you choose, there's just one, maybe two grams in carbs.

There's just so much lunch meat variety out there, roast beef, smoked ham, chicken, bologna, etc., you can't get bored with it and most lunch meats carry very few carbs.

So if you're looking for a quick snack to tide you over until lunch or dinner, serve yourself up about six slices of lunch meat, perhaps put a little mustard on it, roll it up and go back to doing what you were doing.